More information can now be published about the investigation by the police and the Public Prosecution Service of the Northern Netherlands into international drug trafficking that led to arrests at the beginning of March 2020 and the interception of a batch of almost 100 kilos of amphetamine.

The eight detained suspects - ranging in age from 28 to 55 - were arrested in Franeker, Noardburgum, Leeuwarden, the Frisian town Zurich and Finland. They are suspected of (preparatory acts for) international trade in hard drugs, money laundering, participation in a criminal organization and possession of weapons.

The drug lines that came into view during this study ran from the Dutch province Friesland to Finland, Australia and England / Ireland. On Monday 2 March a transport of 86 packages of speed was intercepted in Groningen on highway A7 just before the German border. Each package weighed approximately one kilogram. This volume of drugs has an estimated street value (in Finland) of € 700,000.

The investigation also revealed the preparations for a transport of 300 kilos of cocaine from South America to Australia. During the action day on March 2, about 170 police and defense personnel were deployed.

Between September 4, 2018 and April 1, 2019, narcotics were purchased from the suspects at five pseudo-purchases. These drugs - mostly amphetamine and a small amount of cocaine - were destined for England and Ireland, but was confiscated by the police.

Five firearms with ammunition, brass knuckles and pepper spray were seized. A number of weapons were found in a plastic barrel in the ground. The searches also found 16 blocks of hashish and more than 300 hemp plants, small quantities of drugs such as speed, cocaine, GHB and ecstasy and necessities used in drug production. The remains of an underground hemp nursery were found at one of the addresses.

In addition, a house with a estimated  value of 350,000 euros was seized, some expensive watches whose exact value will be determined and three vehicles, including a BMW with a value of around 100,000 euros. Nearly 100,000 euros worth of cash has been found in various places, mostly in euros, but also in Norwegian and Danish crowns.

A criminal civilian infiltrator is usually (or has been) active within groups that are being investigated or are closely associated with criminals. That also makes him valuable for a criminal investigation. His safety has always been our focus.

Further explanation of the press release can be given by: 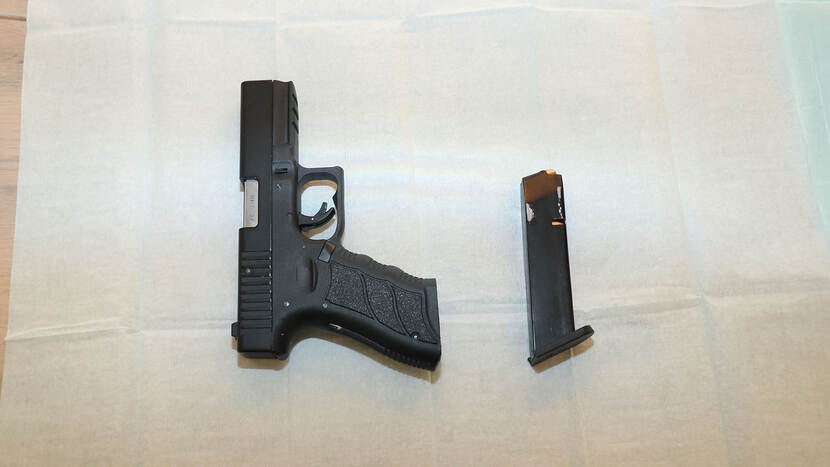 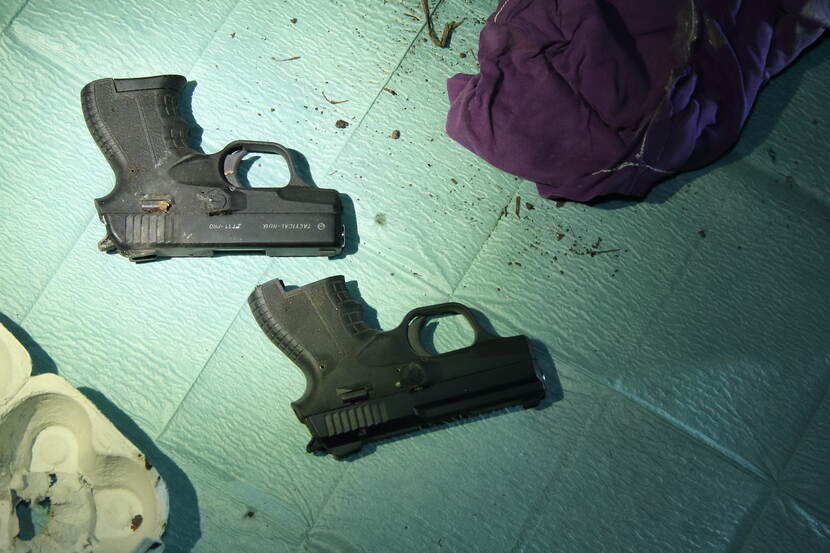 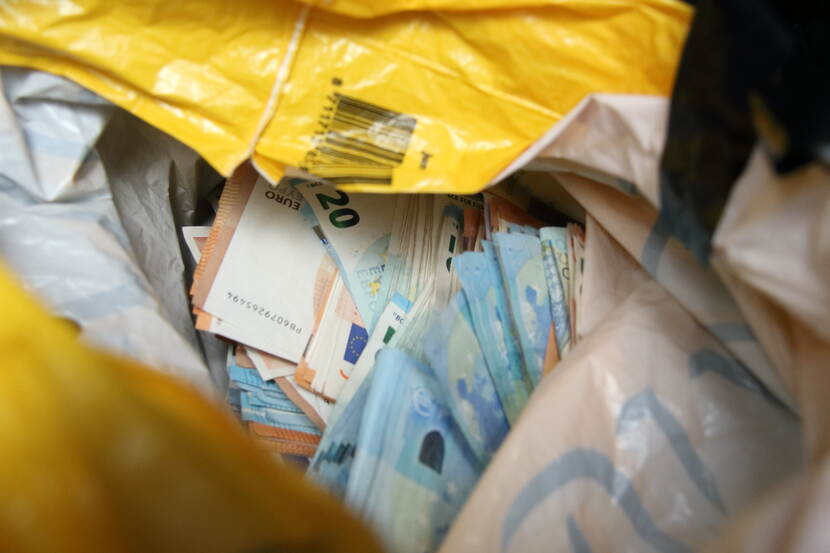 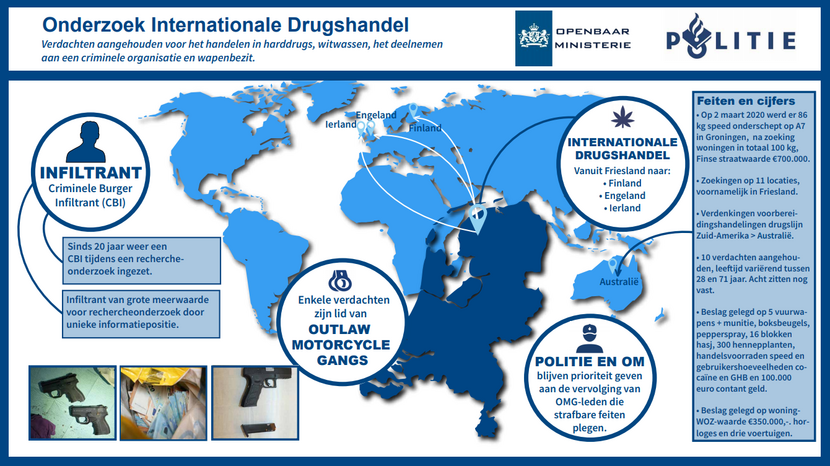