This week the Netherlands Public Prosecution Service has addressed the District Court of The Hague for the final time in the MH17 criminal trial. The prosecutors have responded to the pleadings of ​​the defence. The Public Prosecution Service is now launching a special application for next of kin of the victims and for interested parties. In this digital publication, the user can read, hear and see which evidence, according to the prosecutors, is included in the criminal files.

Malaysia Airlines flight MH17, en route from Amsterdam to Kuala Lumpur, crashed in eastern Ukraine on 17 July 2014, where an armed conflict was raging. All 298 people on board, from 17 countries, were killed. After a thorough investigation, the Joint Investigation Team concluded that the aircraft was downed by a Buk missile supplied by a unit of the Russian army: the 53rd Anti-Aircraft Missile Brigade from Kursk. In March 2020, the Public Prosecution Service started a criminal prosecution against four defendants; three Russians and one Ukrainian.

In June 2020, the Public Prosecution Service presented the conduct of the investigation and investigative results in court. A year later, the court discussed the contents of the file in detailed hearings. And last December, prosecutors listed the evidence they consider most important. This evidence can now be viewed in a clear and easy way in a digital file. An interactive map shows what, according to the Public Prosecution Service, happened before, during and after the downing of flight MH17. The user can zoom in on the route taken by the Buk TELAR according to the investigative team. Recorded telephone conversations, photos and videos from the criminal files are also positioned on this map. In addition, complex concepts are explained and there is information about the background of the conflict.

“We created this "application in particular to provide next of kin with an accessible insight into evidence from the criminal files that has been discussed in court. Not everyone has been able to follow the court sessions. Some relatives will need more information at a different point in their grieving process. The MH17 case file is complex and this concise digital representation is intended to give them, and an interested public, more overview.”

The trial against the four defendants, Girkin, Dubinskiy, Kharchenko and Pulatov, is now well advanced. Last December, prosecutors demanded life sentences against each of them. The defendants deny any guilt. The defendant Pulatov’s lawyers pleaded against the allegations in March this year.

In the past days, the Public Prosecution Service has argued that these pleas have yielded no new insights. The defence has provided no plausible substantiation for a scenario other than that MH17 was shot down with a Buk missile from an agricultural field near Pervomaiskyi, in eastern Ukraine. The prosecutors have once again explained why they believe the four defendants can be held jointly responsible for obtaining, firing and removing the missile installation to the Russian Federation. In the courtroom, tapped conversations were played that clarify the roles of the suspects. The texts spoken and footage shown at the hearings will be placed on www.prosecutionservice.nl/MH17 . The court's ruling is expected in November or December 2022. The defendants are innocent until the contrary is proven by a court’s verdict. 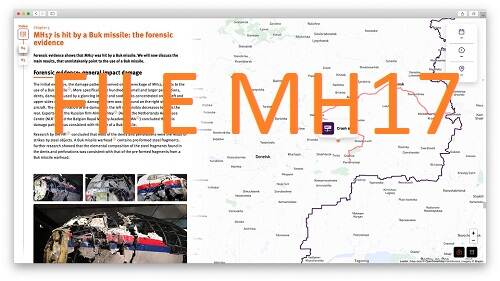