Timeline: important steps in the investigation and legal proceedings

What has happened since flight MH17 crashed on 17 July 2014? The timeline shows the important steps in the criminal investigation and the legal proceedings.

On 17 July 2014 Malaysia Airlines flight MH17 crashed in eastern Ukraine. The flight was on its way from Amsterdam to Kuala Lumpur. There were 283 passengers and 15 crew members on board. Of those passengers, 196 were Dutch. All 298 occupants were killed.

An international team has been set up to establish the facts surrounding the MH17 disaster, to identify those responsible for the crash and to gather criminal evidence. This is called a Joint Investigation Team (JIT).

Countries that are affected by the air disaster work together in the JIT. These are: the Netherlands, Australia, Malaysia and Belgium. Ukraine, where the crash took place, is also a full member of the JIT. The Dutch Public Prosecution Service coordinates the international criminal investigation.

The crash of flight MH17 was caused by the detonation of a 9N314M-type warhead. That warhead was fired by a BUK missile system from the eastern part of Ukraine. So says the investigation report of the Dutch Safety Board (OVV) into the cause of the MH17 plane crash.

The Joint Investigation Team (JIT) is convinced that it has irrefutable evidence to establish that flight MH17 was shot down by a BUK missile from the 9M38 series. The firing location can also be proven, according to the JIT. This is an agricultural field near Pervomaiskyi, which at that time was controlled by separatists.

The prosecution of suspects for the downing of flight MH17 will be conducted in the Netherlands under Dutch law. The JIT countries (Australia, Belgium, Malaysia, Ukraine and the Netherlands) have taken this decision together. On 7 July 2017, the Netherlands signed a bilateral agreement with Ukraine for the transfer of prosecution. This makes it possible to prosecute the perpetrators for all victims and not just for the Dutch victims.

The establishment of a UN tribunal to prosecute those who can be held accountable for the plane crash was vetoed earlier by the Russian Federation in the UN Security Council. The JIT countries then investigated other options for prosecution and trial. They concluded that the case could best be conducted in the Netherlands.

The Joint Investigation Team (JIT) is convinced that the BUK TELAR used to shoot down MH17 originated from the 53rd Anti-Aircraft Missile Brigade. The 53rd Brigade is a unit of the Russian armed forces from Kursk in the Russian Federation. The JIT draws this conclusion based on extensive comparative criminal investigation.

25 May 2018The Netherlands holds Russia responsible

The Netherlands, together with Australia, holds Russia responsible for its share in the downing of flight MH17. The claim of responsibility is made on the basis of international law. It runs parallel to the criminal investigation and the MH17 trial. Next of kin have also filed proceedings against Russia because of the involvement in the MH17 plane crash. 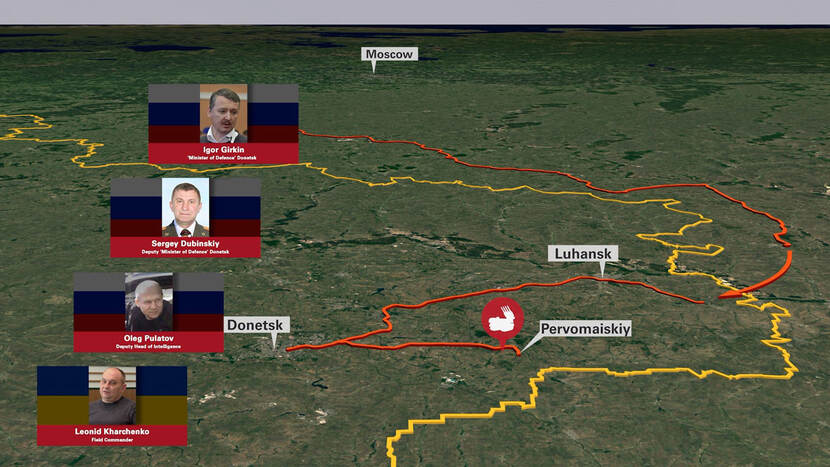 The Public Prosecution Service of the Netherlands will prosecute four suspects for bringing down Malaysia Airlines flight MH17:

The Public Prosecution Service alleges the four cooperated to obtain and deploy the BUK TELAR at the firing location with the aim of shooting down an aircraft.

The first session of The District Court of The Hague was mainly intended to see whether procedures were followed correctly, whether suspects appeared and whether the defense or the Public Prosecution Service had any wishes.

None of the four suspects have appeared. One of them, Oleg Yuldashevich Pulatov, is represented by two lawyers. The court has determined that the other three suspects are aware of the start of the trial and have chosen not to come, nor to send a lawyer. Their case will be heard in absentia.

The public prosecutor has brought charges against the four suspects. The names of the 298 victims were also read. In the opening statement, the Public Prosecution Service provided an explanation of the file: the context of the criminal proceedings, the choices in the prosecution and the position of the Public Prosecution Service with regard to the suspects, the witnesses and the next of kin.

In addition to the Public Prosecution Service, the defense and the legal assistance team of the next of kin also spoke.

The public prosecutors provided an explanation of the status of the investigation. They also explained what applications they make in regard to further investigation.

The relatives' legal aid team also submitted wishes. Mr. Pulatov's lawyers have not yet taken a position on the investigative wishes. They are not yet sufficiently aware of the case file for this.

This court session took place without audience and press, but could be followed via the live stream. The court has made decisions about the investigative wishes of the Public Prosecution Service. The court also responded to the requests of the defense and the legal assistance team of the next of kin. The session was adjourned until June 8, 2020 at 10:00 AM CET.

See also: News item from the The District Court of The Hague on the session of 23 March 2020

The Hague District Court has reserved this period for the continuation of the trial. The substantive treatment will not yet take place during this period.

The District Court of The Hague has reserved several session periods for the substantive hearing of the case. The exact dates on which the sessions will take place are not yet known.